Conclusion: The seminal work in this aptamer-QD LF area has been extended to sensitive detection of E. coli O157 cells as well as detection of other pathogenic E. coli serotypes by targeting intimin and Stx 1. 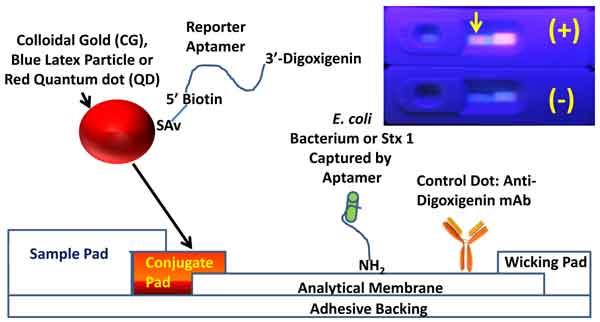